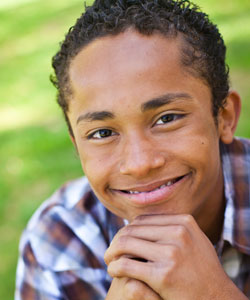 The Campaign for Youth Justice (CFYJ) is a national initiative focused entirely on ending the practice of prosecuting, sentencing, and incarcerating youth under the age of 18 in the adult criminal justice system. CFYJ was initiated in 2004 by a parent whose son was transferred to the adult criminal court for prosecution. Stemming from her family's circumstances and a desire to change state and federal policies that allow for the prosecution of hundreds of thousands of youth in adult court every year, this parent made a financial commitment to launch a national campaign. Subsequently, the Campaign for Youth Justice officially opened in July, 2005.

Every year in the U.S., close to 100,000 youth are put into the adult criminal justice system, most of them for non-violent offenses. In 22 states and the District of Columbia, children as young as seven can be prosecuted as adults. Each year 95,000 youth are held in adult jails and prisons.

The strategic goals of CFYJ are to reduce the total number of youth prosecuted in the adult criminal justice system and to decrease the harmful impact of trying youth in adult court. The campaign utilizes both federal and state-level strategies for youth justice reform. We strongly believe that any movement must involve those who are most impacted by the laws and policies. Thus, we seek to empower those affected by encouraging them to use their voices and experiences to affect meaningful change.

CFYJ advances its mission through federal advocacy, media, research and policy initiatives, as well as conducting technical assistance in states.