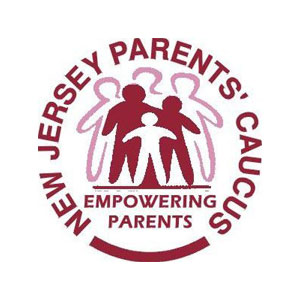 Aprill Turner
Communication Director
Campaign for Youth Justice
This email address is being protected from spambots. You need JavaScript enabled to view it.

Elizabeth, New Jersey (May 22, 2019) -  Souls of Young Folk: The Disproportionate Prosecution of Black Youth as Adult in New Jersey, a new brief by the New Jersey Parents’ Caucus (NJPC), highlights the historical and social treatment of black youth in New Jersey and the emergence of the state’s youth waiver laws.

In 1990, 281 youth were referred to criminal court.  After the creation of additional waiver statutes the number rose to 564 referrals to criminal court despite the number of youth arrests for serious offenses declining by over forty percent from 1990.

Since the passage of S. 2003, New Jersey’s 2015 juvenile justice reform bill, fewer youth have been waived to adult court. According to data from New Jersey’s Uniform Crime Reporting System, 161 youth were waived in 2016 compared to 195, the year before the law passed.

However, despite these significant reductions,  racial disproportionality continues to persist. While black youth make up approximately fourteen percent of the youth population, they represent sixty-six percent of the youth waived to adult court in New Jersey. NJPC’s Executive Director, Kathy Wright, explains that the report is long overdue and highlights a critical area for youth justice reform:

“We cannot talk about reform without talking about the historical context of disproportionality and how that context is the foundation of our current waiver laws that perpetuate disproportionality despite significant reductions in youth arrests. S. 2003 provided a springboard for New Jersey to continue to push for significant reforms, but there is still so much that is not publicly available on outcomes for youth who have been waived to adult court.  We need that data to make informed decisions about how to reduce disparities, hold system stakeholders accountable, end the solitary confinement of youth In the criminal justice system and most importantly get youth appropriate services outside of the justice system. Services that they can’t get in the adult system.”

NJPC recommends that the state publishes more detailed data on waiver by race, that the Juvenile Justice Commission develops a plan to reduce disproportionality in waiver, and that prosecutors are held accountable for their decision to motion to waive youth.  NJPC also encourages the legislature to study the effectiveness of its recent racial impact statement law and consider making changes if it is not helping to address disparities and disproportionality. While Director Kathy Wright believes that the only way to eliminate disparities and disproportionality is to end waiver in New Jersey, she acknowledges that it will take time to get there.  =

“The disproportionality that we see in our system did not happen overnight and it won’t end overnight, but we must act with urgency to dismantle this approach and the first step is acknowledging the many factors and biases that tend to push children of color to the adult system.”

About the New Jersey Parents’ Caucus
The New Jersey Parents’ Caucus Inc. is a coalition of parents, caregivers and youth whose mission is to ensure that every family who has children with special emotional and behavioral needs is given an opportunity to play a strong and active role in the conceptualization, development and delivery of effective and timely services in the mental health, juvenile justice, child welfare and special education systems. To download a copy of the report, please email This email address is being protected from spambots. You need JavaScript enabled to view it. of visit http://newjerseyparentscaucus.org/.