Case Examples: Jurisdictions That Have Removed Youth under the Age of 18 from Adult Jails

Over the past twenty years, both federal and state legislators have passed legislation in recognition that the placement of youth in adult facilities is dangerous and can result in poor outcomes for youth. Research shows that youth in adult jails and prisons are at a higher risk of physical, sexual, and emotional abuse than their peers in the juvenile justice system.

Each year, 200,000 youth come in contact with the adult criminal justice system. Many of these youth are automatically treated as adults under legislative mandatory transfer statutes. These statutes identify specific offenses that require juvenile court judges to transfer a youth to adult court after a finding of probable cause (mandatory waiver to adult court) or result in youth having their cases automatically start in adult court (statutory exclusion from juvenile court).

Let's Get Children Out of Adult Courts, Jails & Prisons

Our children are worth far more than the worst decision they have ever made. We cannot simply abandon them to the adult justice system. The practice of prosecuting youth in adult courts and incarcerating them in adult facilities is over-used, discriminatory, harmful, contradicted by science, not popular, a failed policy, and changing.

The Impact of "Raise the Age" Laws

“Raise the Age” has proven to be good fiscal and public safety policy. Concerns about large numbers of older juveniles and their associated costs straining juvenile justice systems have not come to pass, and juvenile crime has continued to decline. Eleven states have passed “Raise the Age” laws in recent years; five have been able to collect impact data.

Across the country, tens of thousands of children are prosecuted and incarcerated in the adult criminal justice system every year. The Raise the Age (RTA) movement is about changing this harmful approach by letting youth under 18 start in the juvenile system, because they deserve the chance to turn their lives around.

On any given night in America, 5,500 children are held in adult jails and prisons.1 In 2011 it was estimated that more than 95,000 youth were admitted into prisons and jails.2 For the following reasons, it is crucial to remove these youth from adult facilities, and instead have them placed in youth facilities that are safer and more suited for their needs.

Reverse waiver statutes allow youth who are prosecuted as an adult in criminal court to petition to have the case transferred to juvenile court for adjudication or disposition in a more developmentally appropriate way. Currently, half the states have reverse waiver provisions in place. The following are key benefits when states choose to provide for reverse waiver.

“Direct File” (also known as “Prosecutorial Discretion”) is a power that allows prosecutors solely to decide whether to bring charges against young people in juvenile court or in adult criminal court. Many states do not even allow the defense to challenge or a judge to review this decision.

Adolescence is a period of physical, mental, and emotional development, generally occurring between the ages of 12 and 18, often accompanied by distinct behavioral changes. Neuroscience research shows that there are physical differences between the brains of adults and youth. 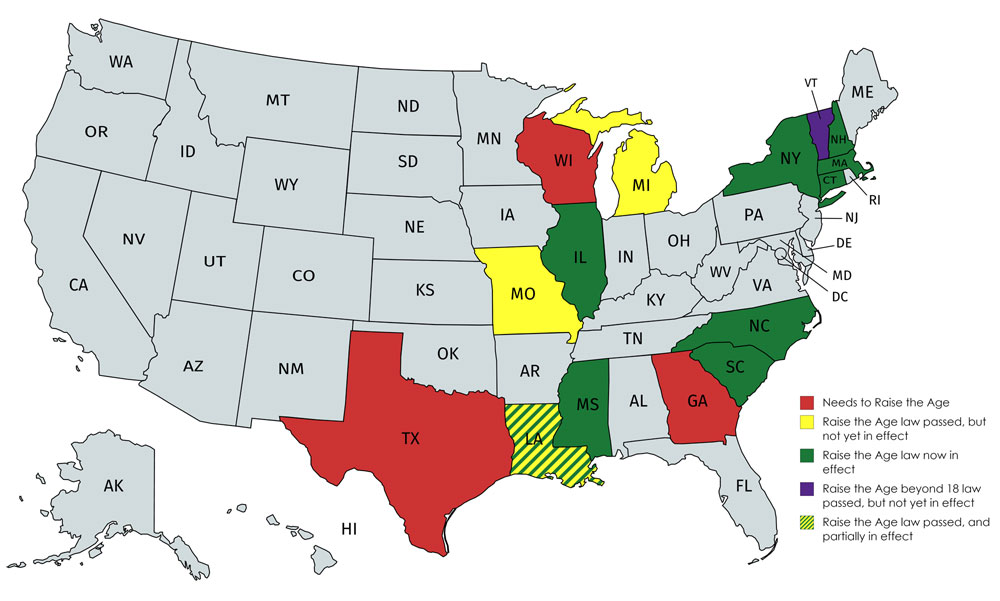