Embracing the Rights of the Child: The US must Prioritize and Ratify 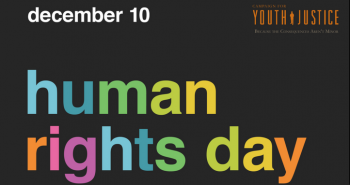 On December 10, 1948, in San Francisco, in the aftermath of the most brutal war the world had ever seen, a group of delegates gathered to sign the Universal Declaration of Human Rights, a simple 30-article document outlining the basic rights to which all humanity is entitled and which all governments should respect, protect, and fulfill. Over the years, the principles of this Declaration have been fleshed out by more detailed treaties called Conventions. No Convention has more universal endorsement (at least on paper) than the Convention of the Rights of the Child (CRC), ratified by every country in the world – except the United States.

This does not mean that children are worse off in the U.S. than anywhere else; indeed, U.S. diplomats, serving under President Ronald Reagan, were active participants in drafting this Convention, which was signed under President Clinton in 1995. But it has never been submitted to the U.S. Senate for ratification, and is not likely to be submitted unless and until there are significant political changes.

The CRC includes many principles already enshrined in U.S. law, but in the area of criminal justice, the U.S. falls short.

Article 37 of the CRC requires that “every child deprived of liberty shall be separated from adults unless it is considered in the child's best interest not to do so”. This principle is reflected in the Prison Rape Elimination Act (PREA) regulation known as the Youthful Inmate Standard, which mandates that all children under 18 be kept separate from adults in prisons and jails, but in practice implementation of this standard has been spotty and incomplete. Still, its very existence is a positive sign.

While the Youthful Inmate Standard has helped to accelerate states removing youth from adult facilities, the federal penalties only apply to state-run facilities, exempting jails from federal penalties. Unfortunately, this has led to too many youth under age 18 committing suicide in adult jails; where more than 4000 children sleep every night across the US. Furthermore, while states are moving in the right direction on compliance with PREA, less than half of the states (19) are in compliance; leaving children in non-compliant states still lacking protection when in adult prisons.

Article 40 requires that “States Parties shall seek to promote the … establishment of a minimum age below which children shall be presumed not to have the capacity to infringe the penal law”. It does not say that age should be 18 (it should), but most countries have some minimum age under which children cannot be charged criminally. Some U.S. states do as well, but 25 states have no minimum age at all, making the U.S. one of only a handful of countries in which a child of any age can, theoretically, be held criminally responsible. Still, states that have treated all 16 or 17 year olds as adults, but have in recent years raised the age to 18, have certainly fulfilled the spirit of this requirement by keeping large numbers of children out of the adult criminal justice system.

There is no reason the United States cannot meet the obligations of the CRC despite not actually ratifying the treaty. In terms of children in the criminal justice system, thanks to the tireless work of advocates and litigators at the state level, there is slow, halting, but clear progress in the right direction. These lawyers and advocates are human rights defenders and on this 69th Human Rights Day should be celebrated.