The Child, Not the Charge 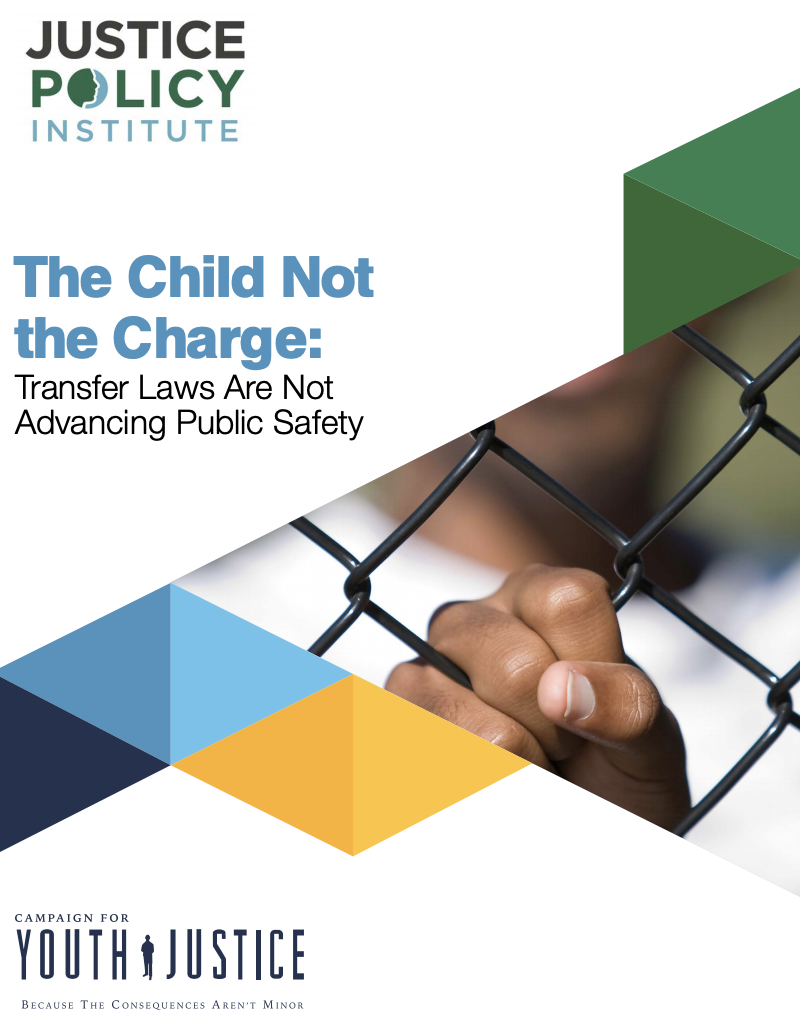 A report released by the Justice Policy Institute and The Campaign for Youth Justice takes a look at how the harsh sentencing of youth as adults in criminal justice continues to be a problem across the nation. Despite the reforms of the last 20 years, youth that still frequently face harsh punishment and transfer into the adult system are disproportionately youth of color. The report finds that ending the adultification of youth by the justice system is an urgent and necessary component of any future reforms in law enforcement.

“The Child, Not the Charge” report, outlines that while there has been a significant decline in the overall treatment of youth as if they were adults, racial disparities in the waiver of youth to the adult system has worsened in many jurisdictions, due, in large part, to the fact that too many jurisdictions still rely solely on confinement and transfer to the adult system for youth who engage in violence.