How the JJDPA Helps to Improve Outcomes for Youth of Color 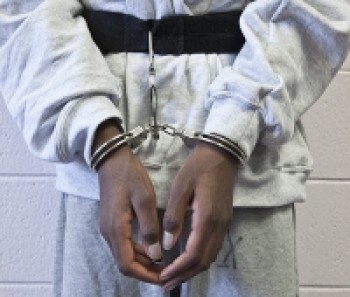 This week’s blog, How the JJDPA Helps to Improve Outcomes for Youth of Color, is from Anna Wong at the W. Haywood Burns Institute and talks about how we can reduce racial and ethnic disparities in the juvenile justice system and the important role the JJDPA plays in this work.

This is one of four core requirements of the Juvenile Justice Delinquency and Prevention Act (JJDPA), the federal law that sets standards for the care and custody of youth involved in the juvenile justice system and provides critical funding for the administration of juvenile justice around the country.
The requirement exists for good reason.  Research has long confirmed that youth of color are disproportionately impacted by the juvenile justice system.  Youth of color are significantly more likely than White youth to be system involved at every decision making point.   For example, according to a 2011 one-day count of all youth in residential placement facilities, youth of color were incarcerated at rates that far exceed White youth:
Black youth were almost five times as likely as White youth to be incarcerated;
Native American youth were more than three times as likely as White youth to be incarcerated; and
Latino youth were almost twice as likely as White youth to be incarcerated.
Worse, the incarceration rates are not justified.  The vast majority of youth of color are locked up for non-violent offenses. Policymakers and those working directly with youth must see the connections between the success of these young people now and our nation’s future.
There are a number of barriers to engaging stakeholders in work to reduce disparities. Agencies often lack accurate data to inform decision-making, or do not engage the right stakeholders at the decision-making table.  Sometimes, those leading and working in justice agencies falsely believe that simply acknowledging the existence of disparities is an admission of racism.
Despite these challenges, we know that reducing disparities is achievable. Several jurisdictions around the country have been able to overcome these common challenges, many with the help of the Burns Institute.  Based on our experience, we have learned a few things about what the work is and is not.
As a starting point, the work is collaborative.  Juvenile Justice stakeholders must agree that reducing disparities means working together to improve outcomes for youth of color navigating a rough patch of life.
It is not finger-pointing or blaming the police, judges, or probation officers for the disparities that we see, or assuming that they can solve the problem alone.
It is system stakeholders meaningfully engaging with families and communities most impacted by the justice system.
It is not placing the blame on parents.
It is relying on research and data to inform decision-making.
It is not relying on anecdote and political rhetoric to create policies that harm young people.
In short, the work to reduce disparities is possible.
But states must have stronger guidance. The core protection to reduce racial and ethnic disparities in the JJDPA should be strengthened to provide states with concrete steps to reduce racial and ethnic disparities.
This means having the resources to improve data capacity, support authentic collaboration, and create community-based alternatives to detention.
Since 2002—when the JJDPA was last re-authorized—federal investment in programs that prevent and reduce delinquency has decreased by almost 50 percent. When surveyed by the Coalition for Juvenile Justice, 89 percent of member states reported that due to federal cuts, fewer youth will have access to services to keep them from offending and penetrating deeper into the juvenile and criminal justice systems.
Reauthorizing, strengthening, and fully funding the JJDPA should be a priority in light of our nation’s rapidly shifting demographics.
To support these goals, visit ACT4JJ’s Action Center or the JJDPA Matter Action Center.