Advocates are a Powerful Voice at DC Council Hearing 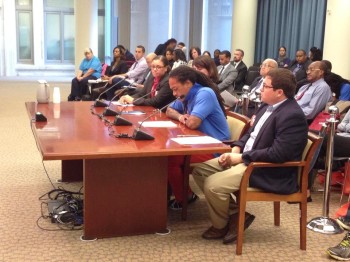 On Wednesday, October 22nd, the DC Council Committee on the Judiciary and Public Safety held a public hearing on Bill B20-825, the Youth Offender Accountability and Rehabilitation Act of 2014 (YOARA). The hearing was chaired by Councilmember Tommy Wells, Chairperson of the Committee. Wells began the hearing by highlighting the main provisions of the bill and the positive changes this would have for youth charged as adults in the District of Columbia. DC supporters of the bill made sure to have a strong presence, and with the leadership of the JOY Campaign team, over 100 people attended the hearing.

What the YOARA bill does:
1) Prevents most youth from being held in adult jail while they are awaiting trial.
2) Allows youth who have been charged as adults to have the adult court judge review all the available facts to determine if adult prosecution serves the public interest. If not, the judge can transfer the case down to juvenile court.
3) Ends the practice of automatically charging all youth with a prior conviction in adult court, even for minor offenses and if local prosecutors think the case would be more appropriately handled in juvenile court. 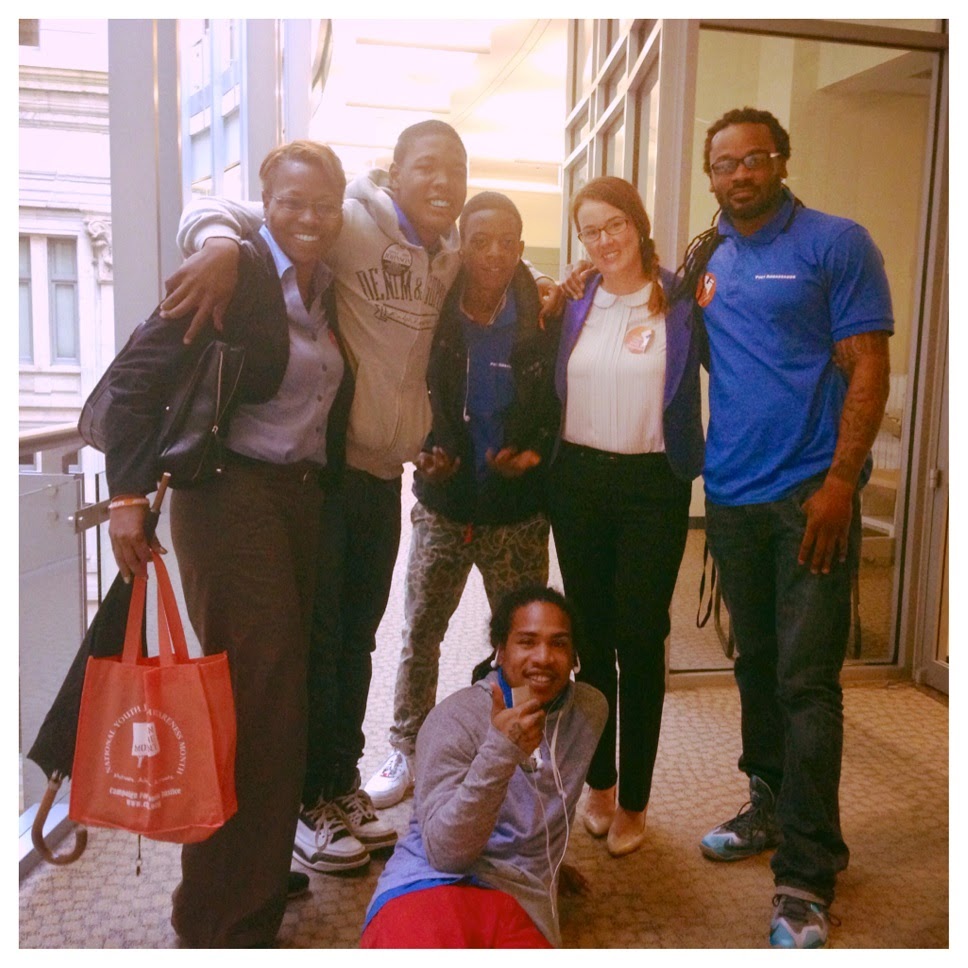 cal and national organizations, youth who had been charged as adults in the District, and other interested members of the public. While the testimony covered a wide range of issues associated with youth exposure to the adult criminal justice system, there were a few common themes among the testimonies.

Several witnesses focused on the substantive differences between the services offered at youth facilities and adult facilities and the impact that intervention with the appropriate services can have on these individuals. Charlie Curtis, a member of Free Minds Book Club, who had spent time in both adult and youth facilities stated that youth facilities have education, counseling, one on one support, training programs, and social workers and case managers equipped to deal with youth issues. Clinique Marshall-Chapman, a forensic social worker in the DC criminal justice system, also addressed the differences in services at youth and adult facilities noting that the adult facility, “has not, and cannot provide the proper resources and programming needed to effectively duplicate the rehabilitation opportunities provided to the juvenile counterparts [held at the youth facility].” Both Marshall-Chapman and Jessica Seitz, Policy Analyst with National PTA, also commented on the higher quality education and increased levels of family engagement available in the youth facility and the positive influence this has on young people.

The impact on public safety of charging and housing youth in adult facilities was another popular topic. 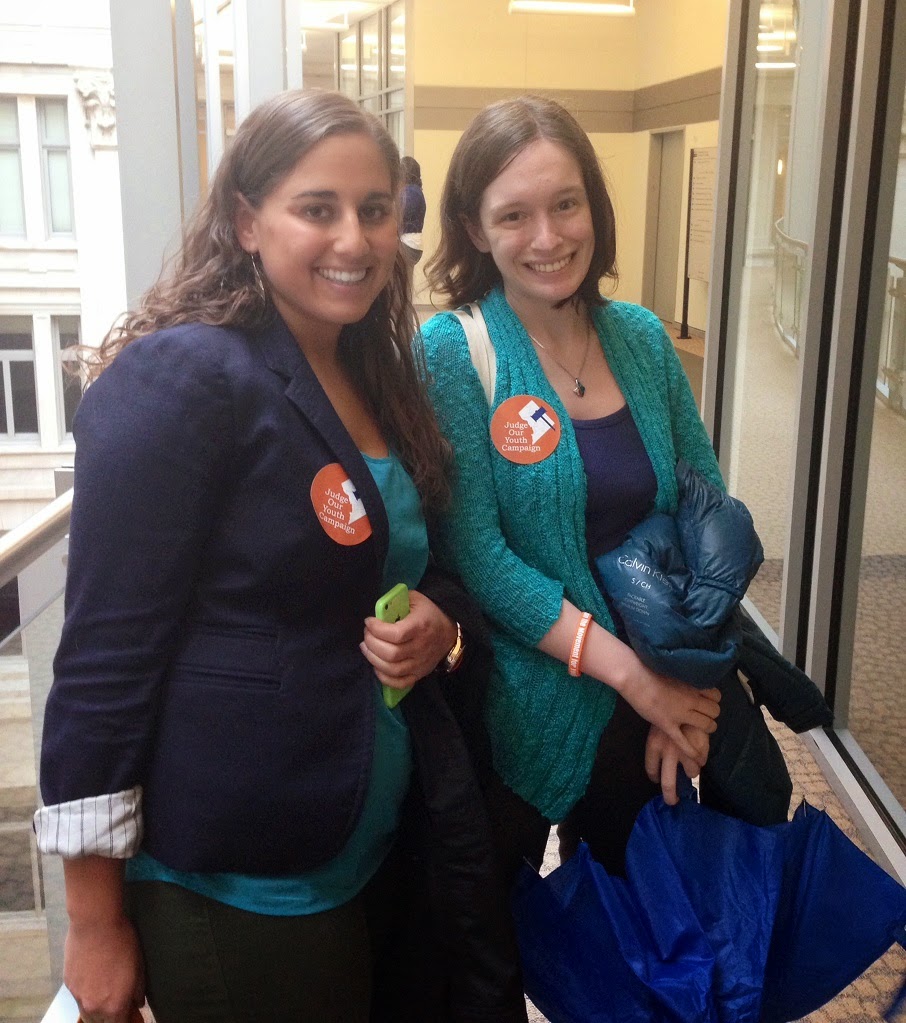 Several witnesses emphasized that these youth will return to society one day and that services in the juvenile system better prepare these youth for reintegration in the community. Multiple witnesses identified research showing recidivism rates were higher for youth held in adult facilities including findings that, “youth prosecuted in the adult system are 34% more likely to reoffend than those in the juvenile system.” Witnesses also noted that charging and holding youth in adult facilities does not deter crime. Several of the youth who had been charged as adults stated that they had no idea being tried as an adult was even an option before they were charged. In his testimony, Juan Peterson said, “when I heard I was going to the DC jail I looked around to see who they were talking to because surely it couldn’t be me.”

The increased risk of harm for youth housed in adult facilities was also a major concern. Carmen Daugherty, Policy Director at the Campaign for Youth Justice, testified that youth are often victimized in adult facilities and that, “youth are 36 times more likely to commit suicide in an adult jail than in a juvenile detention facility.” In his opening remarks, Councilmember Wells discussed the heightened risk of sexual abuse for youth in adult facilities. Eddie Crist testified that in adult jail everyone could get their hands on a deadly weapon, which wasn’t the case at juvenile facilities, so youth in adult jails have to act tough to protect themselves. Mark Schindler, Executive Director at Justice Policy Institute, also noted that, “even short exposure to adult jail can result in negative and detrimental effects.” 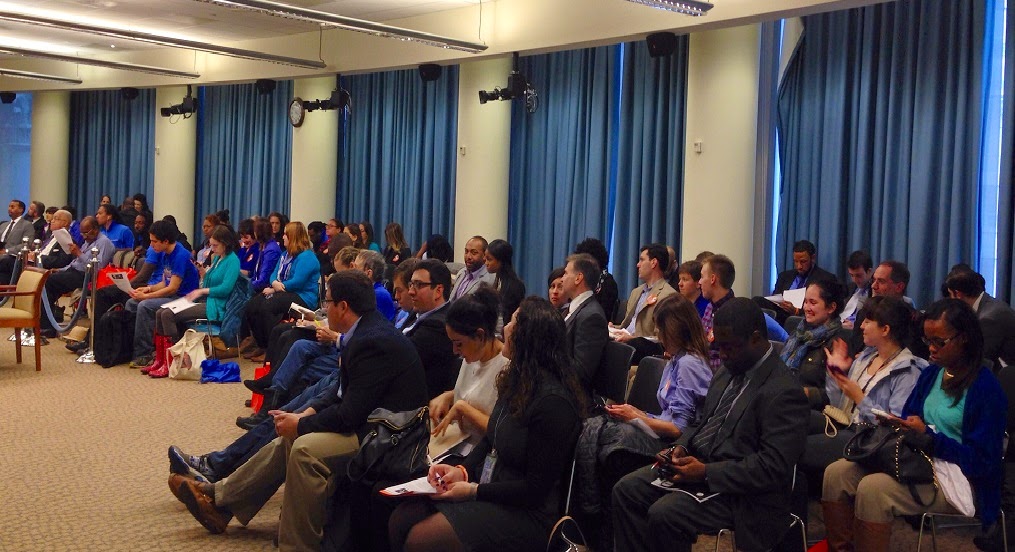 Testimony presented at the hearing in opposition to the bill focused on the authority of the Council to enact this bill as well as the operational and logistical issues of implementing these reforms at the facilities that would be affected.