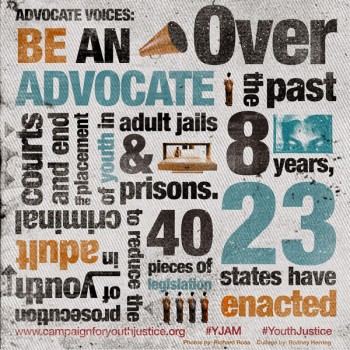 As we reflect on this year and in commemoration of Youth Justice Awareness Month (YJAM), we have seen the pursuit of many youth justice reforms across the country. Efforts to improve the lives of our youth come in many forms - whether it's pursuits to improve laws, efforts to change the hearts and minds of the public, or working to empower youth and their families - the Campaign for Youth Justice applauds the daily efforts of advocates who take a stand for youth. Today, we highlight what many say can't be done: change for the better. Our youth, our communities, and our nation have all felt the positive impact of your efforts. Thank you for all that you do.

2014 has seen a growing focus on collaboration. Advocates in Missouri, New York, and Nevada have worked diligently to serve, staff, and navigate commissions and task forces established specifically to study laws that funnel youth into the adult criminal justice system. In collaboration with legislators, professors, families, system stakeholders and law enforcement - these opportunities allow for distinct voices to come together and determine real solutions that can reduce the number of youth prosecuted in the adult court. Through coalition efforts, advocates in New Hampshire were successful in raising the age of court jurisdiction this year, ending the practice of sending 17-year-olds through the adult criminal justice system. Learn more HERE about HB1624, one of the most important pieces of juvenile justice legislation in New Hampshire over the past 30 years.

2014 has also seen community and youth involvement and leadership in reform efforts. Along with advocates working in coalition, many are also striving to ensure the voices of community members and youth are a part of their strategy development and actions. With the goal of building a statewide campaign, Michigan Council on Crime and Delinquency (MCCD) and allies have been hosting regional meetings to not only raise awareness about youth justice issues, but to also hear from the community and to provide opportunities for building advocacy skills.

Judge Our Youth Campaign alliesIn the 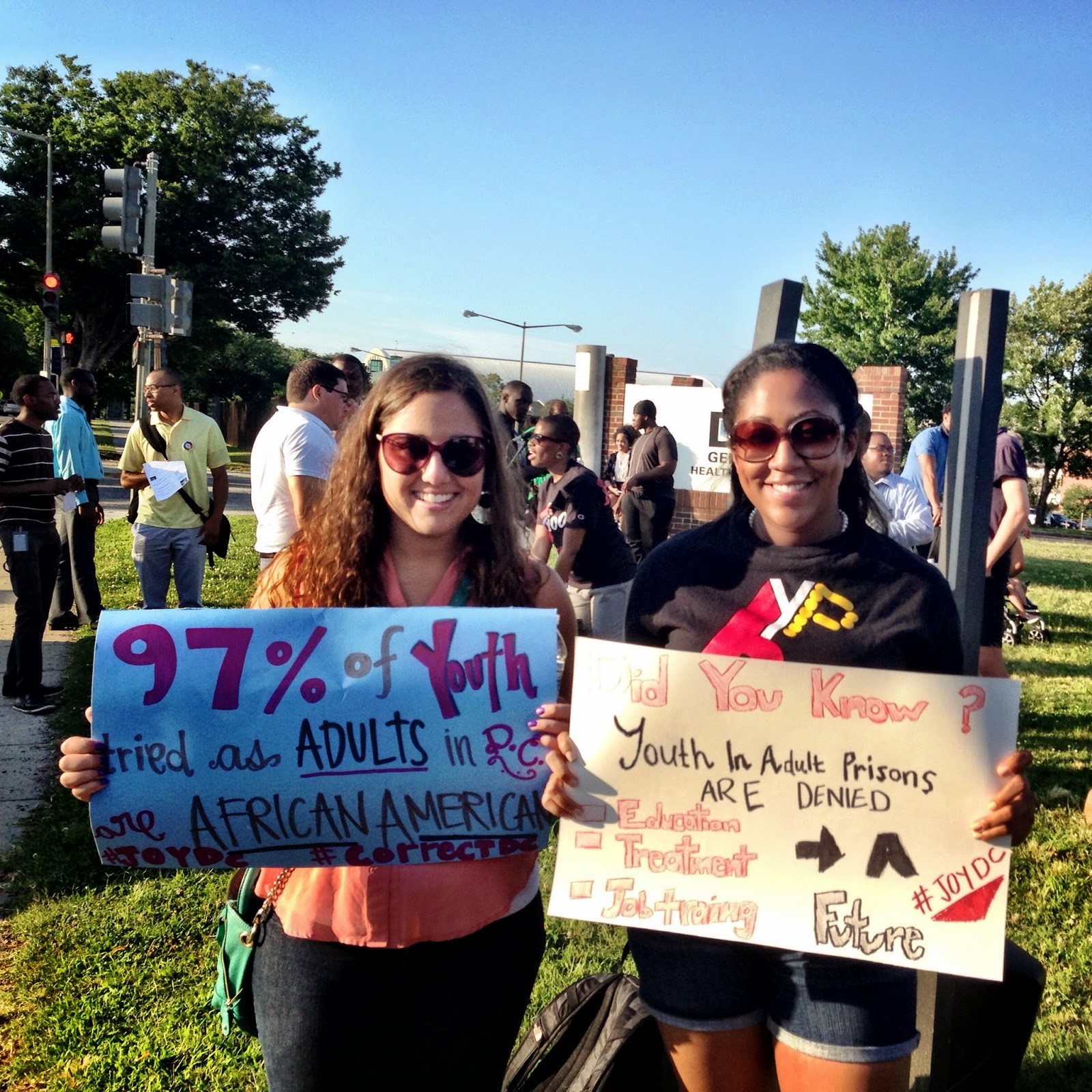 District of Columbia, the Judge Our Youth Campaign has also spent 2014 engaging the community on the issue of housing kids in DC's adult facility. In trying to build community buy-in, the JOY Campaign has hosted briefings, presented information to DC community members, and engaged people through social media and online actions to enlist support. They are now prepping to pack the room of an upcoming public hearing that will bring critical legislation in front of DC leadership. The most valuable contribution to this campaign has been the willingness of DC youth to share their stories. Through the power of putting a human face to the issue, their experiences have been the reason the campaign has built support from council members, as well as a community that wasn't aware youth were being exposed to the dangers of jails. 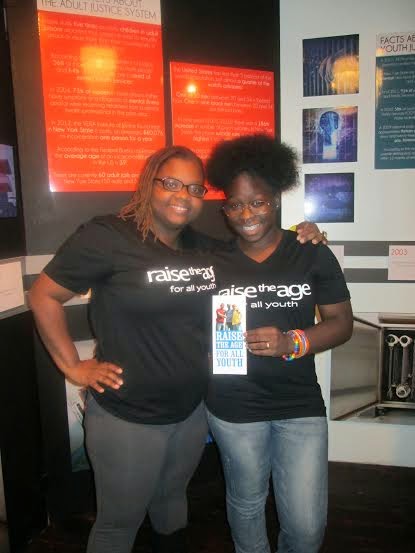 In New York, advocates with the Juvenile Justice Project are invested in empowering system-involved and LGBTQ youth through the Safe Passages program and Youth Speakers Institute. Recognizing that youth voices play a key role in educating legislators and the public by countering stereotypes and misconceptions, both initiatives train and connect young people with opportunities to participate in advocacy and public education on youth justice reform. In creating safe spaces for youth, together they learn how to organize, and build leadership and life skills. Once they graduate, they become spokespeople and organizers for the Raise the Age campaign - an effort to end the automatic prosecution of 16-and-17-year-olds in the adult criminal justice system.

We believe all of these efforts are victories because they are both a catalyst and a product of positive movement in the criminal justice arena. Reform is not possible without the people who do the work on the ground every day. Congratulations to all of the advocates who are making tremendous things happen! We know there is much work to do, but for this moment, let us all sit back, reflect, and enjoy what you and many committed advocates have done to better the lives of youth and their families and the greater communities you serve.

Join us today in celebrating those who fight for youth justice every day.

Who inspires you to continue the fight? Share a #YJAM shout out online. Stay connected with other allies during Youth Justice Awareness Month this October, by following us on Facebook and Twitter.