Youth in Adult System at Highest Risk of Early Death 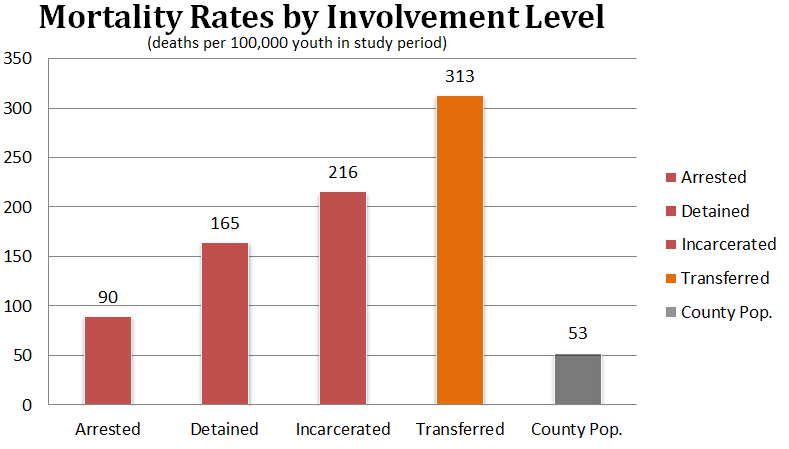 A new study calls for preventive approaches on youth crime after examining mortality rates for youth offenders. The study finds that long-term early mortality rates are highest among youth in the adult criminal justice system.

The article, published Thursday in the American Journal of Preventive Medicine, examines mortality under the scope of various socioeconomic factors and the severity of justice-system involvement – for instance, whether the youth was tried as an adult or simply arrested.

To obtain these findings, the study’s authors tracked the records of almost 50,000 youth offenders (that is, people arrested under the age of 18) in Marion County, Indiana, over the course of more than a decade. Of the sample of youth offenders, 518 died during the study period. The most common causes of death for these deceased – homicide, suicide, and overdose – are indicative of troubles that haunt young offenders into adulthood. 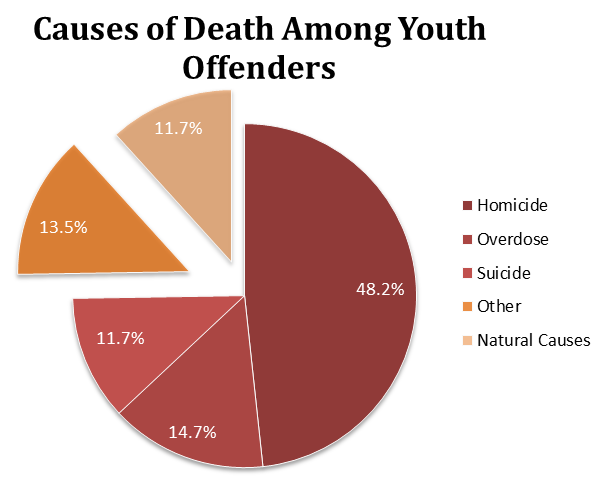 The authors broke up their sample into four groups: youth who were only arrested, youth detained pre-trial but never incarcerated, youth incarcerated in the juvenile system, and youth transferred to the adult system. Overall, these young offenders’ mortality rates measured 48% higher than the rates of the general community over the study period.

The study corroborates another disturbing trend in racial disparity: black youth represent 47% of Marion County’s youth arrests, though only 28% of the county is black. That disparity grows at each level of involvement, from 47% in arrests, to 52% in pre-trial detention, to 58% in juvenile prison, to 68% in transfers to the adult court. Notably, adult-system involvement represents the greatest jump in the gap between black youth and white youth. 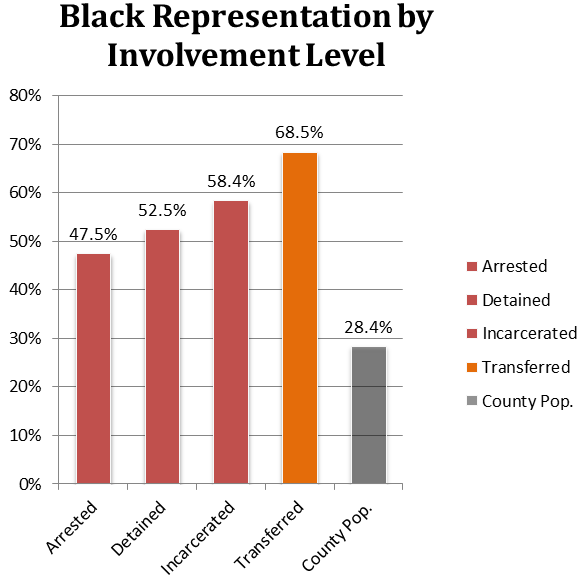 The limited data prevents the study’s authors from drawing conclusions about the role of the justice system’s treatment of youth in these outcomes, but the authors still call for more evidenced-based practices to lower crime and improve violence prevention services for youth in detention centers. Past studies have suggested a causative link between sentencing youth to adult prison and future criminal behavior.