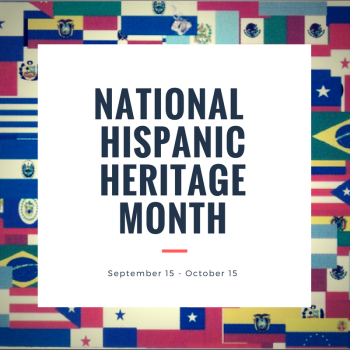 In solidarity with all the families and young people who are being unjustly targeted and in honor of National Hispanic Heritage month, we asked one of our spokespeople, Jesse De La Cruz, to write about his story and about what it means to be a justice-involved Latino youth in the United States.

I’m Jesse De La Cruz, a full-time college student and worker who grew up in the underserved community of South Central Los Angeles. I work smart and hard, both at school and work. This may be in my genes: I come from an immigrant family. My parents fled Mexico to the United States of America in the 1980’s to get opportunities towards a better life. They strongly believe in the American Dream, and so do I. But in this search for a new life, they quickly realized that the two jobs they had to work to keep up with the ever rising costs of living in our impoverished neighborhood in Los Angeles was far from the dream they had in mind.  But our family was well aware that diligence and intelligence were keys for immigrants like us, especially youth, to defeat the sad incarceration statistics that far too many immigrant youth face.  Unfortunately, I too succumbed to the gang violence, drug abuse, and crime wave that hit Los Angeles during my youth. Growing up in the Nickerson Gardens Housing Projects in Watts and South Central Los Angeles, these “activities” were sadly common. Today, as we kick off National Hispanic Heritage Month, and as a Latino youth facing increasing disenfranchisement and discrimination, it is critical for everyone to keep in mind that mass incarceration is a way of building a caste system and strip minorities from their rights; particularly immigrant youth. At the age of 15, I committed a carjacking in Los Angeles. I’m the sole responsible person for committing such regrettable hurtful act on a human; it’s a decision I will have to live with the rest of my life. I entered the Juvenile Justice system after going through a broken school system, a neglectful household, a crime-infested neighborhood, and a broken foster care system. Immediately, I realized that I committed an act on impulse and poor-decision making based on my youth; however, the court system didn’t recognize this. My probation officer recommended for me to be penalized as an adult. I was LUCKY to beat a Juvenile Fitness Hearing that determined if I would go to adult prison or a juvenile detention center; instead I was sentenced to 8 years in the California Youth Authority. As I entered this system, I quickly realized that youth here faced similar experiences of abuse growing up. There seemed to be a relation between crime and abuse. Meanwhile in the California Youth Authority, I quickly developed a love for education.

Re-entering society has been an ongoing struggle. Employment, housing, resources and support were hard to come by as I was labeled an “at-risk” youth. Racial profiling by the LA police has also been a part of my daily life since I was a kid, and it continues today as I get regularly pulled over for “routine stops” when I’m just trying to get from point A to point B with my car.

Like me, many Latinx youth have to face many hardships very early on, much more than most people ever endure in their lifetime, and end up getting in trouble because they don’t know any other way. But when offered opportunities and care, they can also accomplish amazing things and turn their lives around, like I did. Today, I am proud to stand as a young leader in my community, trying to push for reforms in the school system, policy, and community engagement. Thanks to the support of many people and organizations like the Campaign for Youth Justice, I have developed a new perspective on life and have grown a strong mental fortitude to apply in life and continue building my future.