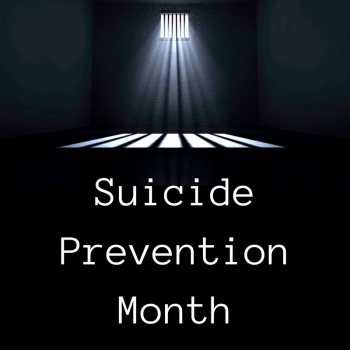 For a decade, CFYJ has worked to raise awareness about the harmful effects of solitary confinement of incarcerated youth. These young people are often subjected to such extreme deprivation, locked in isolation for 23 hours a day for weeks, months, and even years, are linked to devastating, long term psychological consequences including depression, anxiety, and withdrawal from other individuals. For youth whose minds and bodies are still growing and developing, these consequences are amplified and too often lead to dire consequences including self-harm and suicide. In fact, the Department of Justice found that youth in solitary commit suicide at twice the rate of adults; and other research has shown that youth in solitary in adult facilities are 36 times more likely to commit suicide than if they were housed in the juvenile justice system.

This summer we commemorated the two-year anniversary of the death of Kalief Browder, who spent three years on Rikers Island without being convicted of a crime. He had been arrested in the spring of 2010, at age sixteen, for a robbery he insisted he had not committed. Then he spent more than one thousand days on Rikers waiting for a trial that never happened. During that time, he endured about two years in solitary confinement, where he attempted to end his life several times. According to New Yorker Magazine, once, in February, 2012, he ripped his bed sheet into strips, tied them together to create a noose, and tried to hang himself from the light fixture in his cell. In June of 2015, after his release, Kalief hung himself with an air conditioning cord after he suffered from bouts of depression and several flashbacks from his imprisonment.

Kalief is one story of many that has reached the national spotlight. Last year, President Obama used his executive authority to end the use of solitary confinement for youth in the federal prison system. The decision was reached after the widely publicized death of Kalief, and on research showing that isolation promotes mental illness and self-harm. The New York State Department of Corrections has already agreed to stop using solitary confinement against juveniles in state prisons. We are also seeing reform efforts in several other states as well as municipalities to stop this harmful practice.

While we are happy to see strides made, there is still much work to be done. Solitary confinement for children is still common, even in states that are trying to eliminate it.

This suicide prevention month, please use this dedicated time to reflect on what we can do to raise awareness so that our legislators, local policy makers, law enforcement officers, will take steps to protect young people in adult jails and prisons. Join us in raising awareness with the hashtag #SuicidePrevention