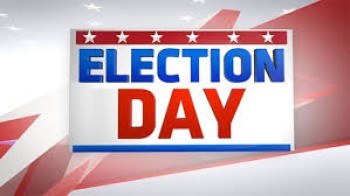 It is said that all politics is local. It’s also true that all – or at least most – criminal justice is local, and that’s especially the case when it comes to youth involved in the justice system. So while Presidential election years and even-numbered years when members of the U.S. Congress are up for re-election may draw the most attention, off years like this one should not be ignored.

This November 7, mayors, city and county government officials, judges, and local prosecutors, are up for election across the country, and the winners and losers of these races will have a profound impact on local criminal justice policies and practices.

In Philadelphia, which historically has sentenced more children to life without parole than any other jurisdiction, the District Attorney race has captured national attention. Chief prosecutors are also being elected in Manhattan and Brooklyn where implementation of the recently passed Raise the Age law is underway.

Eight states (CT, LA, MS, NY, OH, PA, WA, WI) are holding elections for local trial court judges, and half of those states are holding statewide judicial races.  In one of these states, Connecticut, judges have recently been given more authority over transfers of some youth for some crimes, so the Connecticut elections, which involve probate court judges, have added significance.

Local officials are critical to effective implementation of statewide legislative changes, and can be vital advocates for legislative reform. They can also establish policies or regulations on when, and where, youth are detained.

Prosecutors can decide what charges to file, which can be the determining factor in whether or not a young person stays in the juvenile system or gets transferred to adult court. A conscientious prosecutor can develop clear, transparent guidelines on these decisions to minimize the number of children charged as adults.

A good judge can use rulings to build a system that presumes that children should be treated as children.

As a whole, local governments can work together to implement evidence-based best practices that keep the maximum number of youth in the more supportive juvenile system, with long-term benefits for public safety.

Of course, local governments can also do the opposite, which is why, even in this off year, it is very important to VOTE!