Protecting the Most Vulnerable Prisoners in New York: PREA Matters 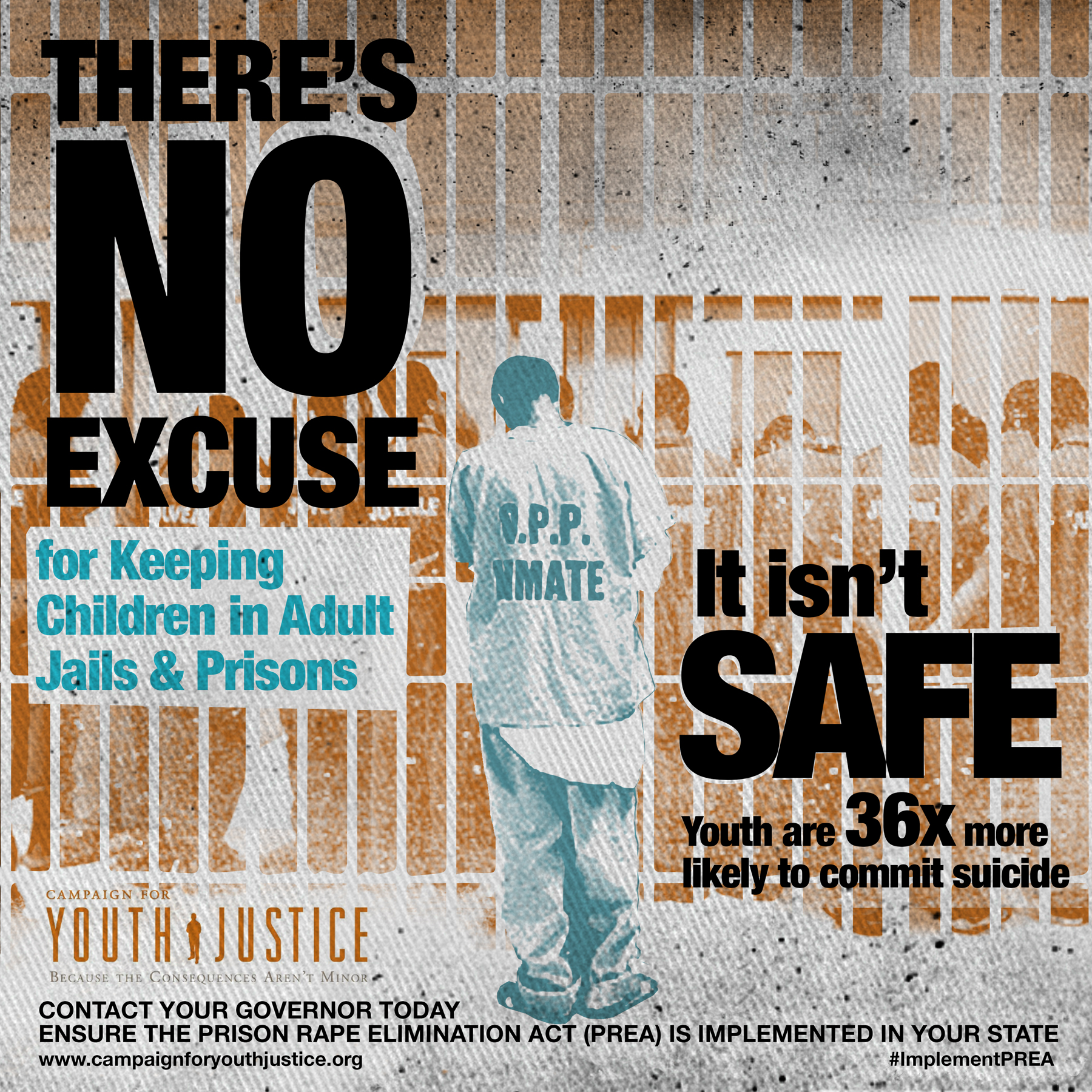 This Friday, May 15, governors across the country will once again certify that their states are following the Prison Rape Elimination Act (PREA) and protecting people in prison from sexual abuse.

In New York, the Department of Corrections and Community Supervision has already taken some steps to follow the law, even producing orientation videos to educate people in prison on how to avoid sexual predators inside the walls.  However, despite these important efforts, New York must still take steps to protect the most vulnerable populations from sexual victimization –transgender people and young people housed in adult jails and prisons.
Transgender people are victimized at rates nearly ten times of other incarcerated people. The Bureau of Justice Statistics recently reported that nearly 40 percent of all transgender prisoners reported sexual assault or abuse. Transgender women housed in male prisons are often at greatest risk.  New York prisons often place trans prisoners in solitary confinement for their own protection, despite the fact that PREA specifically prohibits the use of segregated housing to protect people who are considered to be at high risk for sexual assault and abuse. Placement of trans prisoners in solitary confinement is not only traumatic and harmful to mental health, it also increases the risk of assault and abuse by prison staff. New York DOCCS must do more to ensure compliance with PREA by committing to house trans people consistent with their gender identity, establishing one or more voluntary housing units for transgender people, and prohibiting the use of involuntary solitary confinement for trans people.

New York is also leaving hundreds of young people vulnerable to sexual victimization in adult facilities.  Because New York is one of only two states (along with North Carolina) that automatically prosecutes all youth as adults when they turn 16, New York has one of the highest number of youth incarcerated in adult jails and prisons in the country.  On any given day in New York State, there are approximately 800 16- and 17-year-olds in adult jails and prisons. Young people in adult jails and prisons are particularly vulnerable to sexual abuse. The Bureau of Justice Statistic report found  that among young people victimized by other prisoners in 2011-12, more than three-quarters experienced force or threat of force, and a quarter were injured.  At a recent legislative hearing, one mother provided powerful testimony of her 17-year-old son’s harrowing experience in an adult prison in New York:“[My son] entered the correctional system as a mentally ill, naïve and very vulnerable 17-year-old incapable of handling prison life. He was placed in the general population even though the forensic evaluation strongly advised against this.   Within a few months, he became a target of sexual victimization. An older inmate pretended to be his friend and then threatened him unless he provided sexual favors. In response to this victimization, he was given solitary confinement, until his family intervened on his behalf. He was then transferred to another facility and placed in a unit for mentally ill inmates. He developed symptoms of PTSD, suffering from nightmares, insomnia and short-term memory loss and yet he did not receive any treatment for this.”

Under PREA’s Youthful Inmate Standard, young people under age 18 may not be housed with adults and may not be kept in solitary confinement as a way to separate them from adults.  New York has sought to comply with this requirement by housing 16- and 17-year-olds in separate units where they do not have contact with older prisoners. However, as the federal inquiry into the adolescent jail at Rikers Island found, because young people are still housed in adult facilities and subject to their punitive and violent culture, they are suffering widespread abuse behind bars.

The only way to keep incarcerated youth safe in New York is to pass legislation to raise the age of criminal responsibility from 16 to 18 and remove all youth people from adult jails and prisons. The State Legislature packs up and goes home for the year in June – our elected officials must not leave Albany without raising the age of criminal responsibility and standing up for New York’s most vulnerable youth.

Please visit our blog this week for updates on PREA from around the country.

PROBLEM: Jails & prisons are not equipped to protect youth from dangers of ault facilities. SOLUTION: #ImplementPREA

Implementing PREA will save lives. Join our efforts to protect youth behind bars #ImplementPREA

On any given day, over 8,000 youth are confined in adult jails and prisons. Research shows that youth are not safe in adult facilities and are at the greatest risk of sexual victimization. Youth are 36X more likely to commit suicide in an adult jail than in a juvenile detention facility. Take Action during the “There’s No Excuse” #ImplementPREA.

Prison rape is no laughing matter: More than 2million people behind bars including the 100K youth in jails & prisons are at risk of sexual abuse every day. The Prison Rape Elimination Act was passed to end sexual abuse behind bars. Its time for Governors to ensure that PREA is implemented in every state. Learn more and take action #ImplementPREA