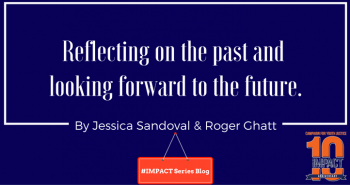 Since the campaign was launched, CFYJ has provided technical assistance to state-based advocates in most of the 50 states. More than 30 states have implemented over 50 policy reforms to remove youth from adult criminal courts and/or remove youth from adult jails and prisons.  States in every region of the country have undertaken reforms led by a bipartisan group of policymakers. The results of these efforts range from small, incremental steps to large-scale reforms. At the federal level, we advocated for the reauthorization of the Juvenile Justice Delinquency Prevention Act (JJDPA). We also advocated for U.S. Department of Justice recommendations to jurisdictions that they implement the Prison Rape Elimination Act’s (PREA) Youthful Inmate Standard by removing youth from adult jails and prisons. These two campaigns have been very successful. In the Spring of 2012, DOJ published PREA guidelines that recognize the inherent dangers of placing youth in adult facilities. Therefore the PREA Youth Inmate Standard (§115.14) requires that no youth under 18 can be placed in a housing unit where contact will occur with adult inmates in a common space, shower area, or sleeping quarters and requires agencies must do their best in order to avoid placing youth in isolation to comply with this provision. Then this fall, for the first time in 8 years, Congress introduced bi-partisan; bi cameral legislation for the reauthorization of JJDPA.  A bill that passed overwhelmingly in the U.S. House of Representatives, and has only one Senator holding up its passage. We strongly support the proposed reauthorization as it would strengthen the JJDPA guidelines to support state efforts to improve their juvenile justice systems, protect kids, and build safer communitiesThrough public opinion polling we’ve consistently seen that the public strongly supports these reforms, favoring rehabilitation and treatment for youth over punitive approaches that rely on incarceration and automatic prosecution in adult criminal court.With states moving forward and public opinion aligned with our mission, we feel a continued sense of urgency to ensure that the momentum endures and more states implement policy reforms. This shift in public opinion supporting greater emphasis on rehabilitation and expanding the jurisdiction of juvenile courts for youth in also reflected in a growing consensus of diverse organizations ranging from stakeholder organizations, policy makers, faith-based groups and health and wellness organizations that have produced over 20 policy statements that support the Campaign’s mission.Our job will be to accelerate the pace and to increase the scope of these reforms by utilizing all of our strategies and engaging constituencies in the movement.  We ask ourselves regularly, “Are we using every strategy and tactic possible to advance reforms?” and “Who else can we bring to the table?”  We will continue to challenge ourselves with these and other questions that will help us to achieve the outcomes of fulfilling our mission.Our task will be to continue to build on the solid foundation the Campaign has laid until the work is done. Onward.Jessica Sandoval is CFYJ’s Vice President and Roger Ghatt is CFYJ’s Chief Financial Officer. Both Sandoval and Ghatt are veteran staffers and have been with the organization for a decade.