This month, the United Nations’ (U.N.) Human Rights Committee will begin the process for its periodic review of U.S. compliance with the International Covenant on Civil and Political Rights (ICCPR). The ICCPR requires state members to enforce a wide range of human rights and was ratified by the U.S. in 1992. While the U.S. often presents itself as a beacon for upholding human rights, past reviews have revealed that the U.S. continues to fail to meet its obligations under the ICCPR. International law, including the ICCPR, recognizes that children in conflict with the law have the right to special protection because of their youth, capacity for change, and the long term detrimental impact that adult criminal punishments can have during a crucial time in their development.

A Day of Empathy, A Week of Faith and Healing

Today is National Day of Empathy and also Juvenile Justice Week of Faith and Healing (JJMWH) and is an opportunity to transform the paradigm of justice; moving from an over reliance on punishment, and taking a deeper look at how we can be a society that practices more empathy and redemption.

Justice Through a New Lens

They say a picture says 1000 words, but what about when a picture leaves you speechless? This week, American University hosted Richard Ross’ photo Exhibit “Justice through a New Lens: Reframing Youth Incarceration through Art.”  Throughout the halls of American University’s Public Affairs Department, striking photos filled the walls. Beside each photo was a brief description which only made these images more personal. On the first floor, photographs of youth incarcerated filled the halls. The photo exhibition was a mix of incarcerated youth and adults in their 60s, 70s, and even 80s who were sentenced as juveniles. Children as young as 11 were featured.

Every year over 75,000 youth under 18 are prosecuted as adults in the criminal justice system.  Although judicial waiver is used in less than 5% of all cases when youth are tried as adults, this data is collected routinely at the federal level, making it easiest to track.  Youth transferred by juvenile court judges are disproportionately black and male. There is also research to suggest that these youth are disproportionately impacted by mental health needs.  While the intersection of mental health, trauma, and justice-system involvement have been explored over the last decade,  one connection that has not been fully examined is the difference between cognitive-communicative disorders and mental health; and the confluence of cognitive-communicative disorders and disproportionate justice-system involvement for black youth.

The Road Ahead for Youth Justice Reform

After the longest government shutdown in U.S. history, Speaker Pelosi extended an invitation to  President Donald Trump to deliver his second State of the Union Address on February 5. As we prepare to hear the President’s perspective on the state of our union, after a year that brought us both vast rollbacks and great successes on issues impacting our nation’s young people, we again wanted to outline the state of youth justice across the country. The second year of the Trump administration proved to be interesting in the field of youth justice. 2018 was the first full-year of Caren Harp’s tenure as Administrator of the Office of Juvenile Justice and Delinquency Prevention (OJJDP).

2019 Legislation on Youth Prosecuted As Adults in the States

We have made it through the first month of 2019, and most state legislative sessions are now in full swing. As of January 31, and as in years past, proposals relating to youth prosecuted as adults are mostly, though by no means entirely, positive. Meaning that most states are trying to limit or stop the placement of youth in adult courts, jails, and prisons.  Here at CFYJ we are producing a weekly roundup on legislation related to youth prosecuted as adults, which you should check out and bookmark for future reference.

Black History Month: A Time to Reflect on Black How Young Black Boys Are Treated in the Criminal Justice System

As January ends and we head into February, it’s time to celebrate Black History Month. Black History Month is a time to celebrate and remember all the ways that African Americans have contributed to our history and culture. It is also a time to reflect on the ills that still plague as a nation. How young Black boys are treated in the criminal justice system is one of those areas. This Black History Month and all year long, the Campaign for Youth Justice is standing up and speaking out about racial bias and inequality in our criminal justice system. At least two of the final four states that have yet to “Raise the Age” will be pushing to do so this year.

By Cherice Hopkins, Staff Attorney, Rights4Girls Thursday, 24 January 2019 Posted in 2019, Across the Country

January is Human Trafficking Awareness Month and anti-sex trafficking advocates and juvenile justice advocates have mutual cause to celebrate—the reauthorization of the Juvenile Justice and Delinquency Prevention Act (JJDPA) after 16 years. Before the Act was signed into law last December, it had not been updated since 2002. During that span of time, much knowledge was gained about youth development and best practices for youth safety and treatment. Likewise, the past decade and a half has seen an increase in the understanding of the prevalence and harms of domestic child sex trafficking, including a growing awareness of the need to end our nation’s carceral response to these young survivors of violence. The updated JJDPA plays a critical role in ensuring that this important knowledge is incorporated into our juvenile justice policies and practices, including those that impact trafficking survivors.

Uncovering the Continuum of Care for Youth Charged as Adults

In the 1990s, 250,000 youth per year were charged as adults, with tens of thousands of those young people essentially being “raised” by the adult criminal justice system. These huge numbers—the beginning of the current era of mass incarceration—resulted from the “get tough” approach adopted by most states and the federal government in response to a spike in violent crime in the early 1990’s. Without the protections afforded by the juvenile justice system, these youth experienced the worst of the adult criminal system and its “tough on crime” policies: mandatory minimums, truth in sentencing laws, extreme sentences, collateral consequences, long periods of solitary confinement, and increased exposure to violence and assaults.

A Call to Action 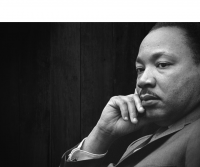 On Monday, the country will honor one of our most celebrated civil rights champions, the Dr. Rev. Martin Luther King, Jr.  Dr. King embraced non-violence as his tool for social change. He organized and mobilized thousands of men, women, and children to stand together for something bigger than incremental change—he marched for a dream—that Black Americans would have access to the, “riches of freedom and the security of justice.”  More than 55 years ago, Dr. King forsake his own freedom for the greater good, and penned what may be one of his most critical calls to action in “A Letter from Birmingham Jail”, when he notes that “Injustice anywhere is a threat to justice everywhere”, and calls on us to fight injustice through direct-action, a critical component of non-violent resistance that was a cornerstone of his movement work.