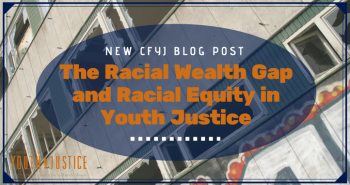 As evidenced by our country’s treatment of immigrant families at the border, the disproportionate incarceration of black and brown youth, and policies targeting communities of color here and abroad, the United States has continued its harmful and oppressive track record with people of color. And while the treatment of immigrants is a very visible testament to this reality, racial disparities continue to exist elsewhere as well. One area in particular is the racial wealth gap between communities of color and white communities in the United States. The racial wealth gap currently stands at a startling 13:1 differential among all households: The median net worth for a white household is $141,000, while the median  net worth of a black household is  only $11,000 per year. This divide in wealth is even greater for households living near the poverty line. For these households, the difference in median net worth is $18,000 vs. $0. Such a wide income and wealth gap leads to countless other disparities; in poverty, education, health, and incarceration.

For boys and girls in communities of color, this racial wealth gap also leads to greater rates of incarceration, in juvenile detention centers and adult prisons. Recent news out of Kentucky and New Jersey has revealed these disparities in juvenile incarceration. New Jersey has the highest disparity in incarceration between black and white youth in the United States, with black youth 30 times more likely to be incarcerated that their white counterparts. In Kentucky, reforms passed in 2014 are under scrutiny for supporting white youth more than the black youth who continue to be locked up at disproportionate rates and who now make up around 85 percent of the youth prison population in the state.

When youth have been caught up in the criminal justice system, they face lifelong collateral consequences from incarceration. This includes limited access to employment, education, housing, entitlement programs, loans, and other services. Unable to build a successful life after getting out, formerly incarcerated youth are much more likely to face poverty, thus perpetuating the racial wealth gap and continuing the cycles of poverty and incarceration beyond their own time behind bars.

Closing the gap is all about intentionality. It is not enough to simply be non-racist; we must strive to be actively anti-racist. During a wealth gap simulation hosted by Bread for the World, I learned about the many policies put into place since the Civil War that have contributed to the wealth gap. Some of these were actively racist, but many were non-racist or “color blind” in their design. For example, the policies created during the “War on Drugs”, which began in the early 1970’s, have infamously led to the mass incarceration of black men and women. The text of the laws might not be overtly racist, but since the creation of these policies, African Americans are up to 10 times as likely to be incarcerated for drug offenses. Due to existing racial biases, housing segregation, and other systemic forms of racism, the impact of these policies resulted in increased racial disparities. That is why, in order to reach equality, we must create policy through a racial equity lens.

Criminal justice reform is one area where we must be particularly astute to the racial implications of policy and therefore be certain that new reforms are developed with racial equity in mind. Raise the Age laws, such as the one recently passed in Missouri, can be a step in the right direction since black girls and boys are disproportionately placed in adult jails and prisons. Louisiana also passed Raise the Age legislation last year, and they just passed a budget to fund the implementation of the new law. One important piece of the Louisiana Raise the Age law is the mandate that all savings accrued through the new policy must be reinvested into rehabilitation and community wealth building programs. This law is particularly anti-racist as many young black boys and girls will no longer face the cruel punishment of prosecution and incarceration as an adult, and those who have faced incarceration will receive greater support and return to communities on the rise. This reinvestment in a more rehabilitative justice system and the communities most affected by incarceration  can finally diminish the cycle of poverty and incarceration.

Organizations working in social justice must also be aware of the racial impact of their work. As we fight to end harmful policies and practices, we need to remain alert to the possibility that some communities may be left behind and neglected in our fight. Or, even if we are careful to represent all communities, we must acknowledge that true equity is accomplished through an equal outcome, which means that the communities of color which have been oppressed and neglected for so long will need additional support to rise up and stand at the same level of historically privileged white communities.

This movement begins by working towards racial equity within our own offices. Diversity within organizations is the first step towards equity, but black people currently hold only 10 percent of CEO positions at nonprofits, 10 percent of board chairs, and represent 16 percent of board members, despite the fact that they make up 40 percent of the workforce. Studies have shown how diversity increases productivity in general, but it is especially important to success in racial equity work. Organizations need to foster a race equity culture, “One that is focused on proactively counteracting race inequities inside and outside of an organization”, before they can hope to work on fostering race equity in their work.

Campaign for Youth Justice has recently embarked on our own journey to ensure that our work responds to and corrects the racial disparities that exist in youth justice systems. We have been evaluating the status of racial equity within our organization, and as we move through the racial equity process, we will consider how to more actively include this equity lens within our youth justice work. While campaigning for state and federal policies to protect and support our youth, or while providing a platform for individuals affected by a broken justice system to share their story, we will remember to keep in mind how our efforts contribute to a more equitable world.

Much of the United States becomes uncomfortable when race is addressed and would rather pretend that such issues lie in a difficult and contentious past. But the very present reality of the racial wealth gap, and the various other disparities that stem from this chasm such as youth incarceration, demonstrate the urgent need to bring race and racial equity to the forefront in our work and lives.