YJAM 2020: Celebrating 15 Years of the Campaign for Youth Justice 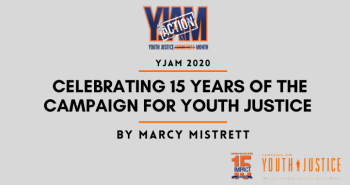 Today YJAM (Youth Justice Action Month) begins again. Since 2008, youth justice advocates around the country have come together to organize events and online activities to raise awareness and inspire action on behalf of young people impacted by our criminal justice system.

When the Campaign for Youth Justice was born 15 years ago (2005), as many as 250,000 children a year were being prosecuted as adults across the country every year.  The incarceration of children in adult jails had increased more than 200% since the mid 1990s; and 3:4 of children sent to adult prison were youth of color.  CFYJ’s first report, The Consequences Aren’t Minor, highlighted federal opportunities such as the Juvenile Justice & Delinquency Prevention Act (JJDPA) and key states such as California, Connecticut, Florida, Illinois, North Carolina, Virginia and Wisconsin as key jurisdictions that represented the many opportunities for policy change.  Research on adolescent brain development was just emerging, and the U.S. Supreme Court had only just issued its decision in Roper v. Simmons to end the death penalty for children under age 18.

Fifteen years later, through the unwavering commitment of children who had been sentenced as adults, their families, advocates, legislators on both sides of the aisle, the philanthropic community, and researchers—many of the goals of the Campaign have been met, including:

Join us over the next few weeks, during the month of YJAM as we roll out these wins through whiteboards, new reports, and videos. As a matter of fact, check our video on the impact of 15 years of work. 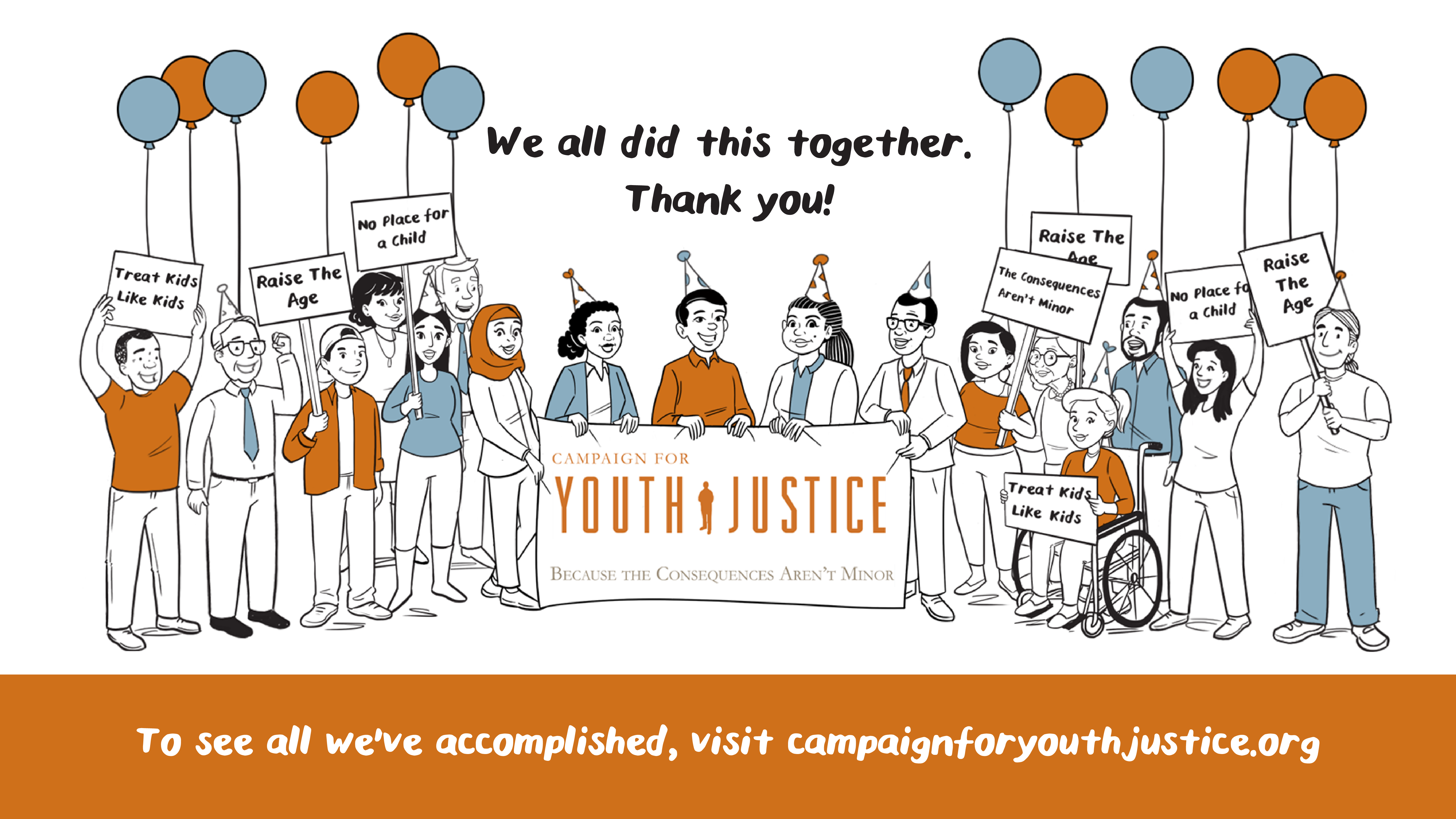 We also invite you to amplify this video and YJAM all month long, please find our social media toolkit here.

These  wins couldn’t have happened without each and every one of you joining this movement. While the work is not finished—there are still far too many children entering the adult criminal justice system—the tools now exist to fight these battles locally. We welcome you to continue fighting for our young people and ensuring they receive equal protections regardless of where they live.

We also invite you to save the date for our Virtual Farewell Party on Friday, Oct. 30th at 2 pm ET. We will come together to celebrate our victories as we say our goodbyes to CFYJ. RSVP here. 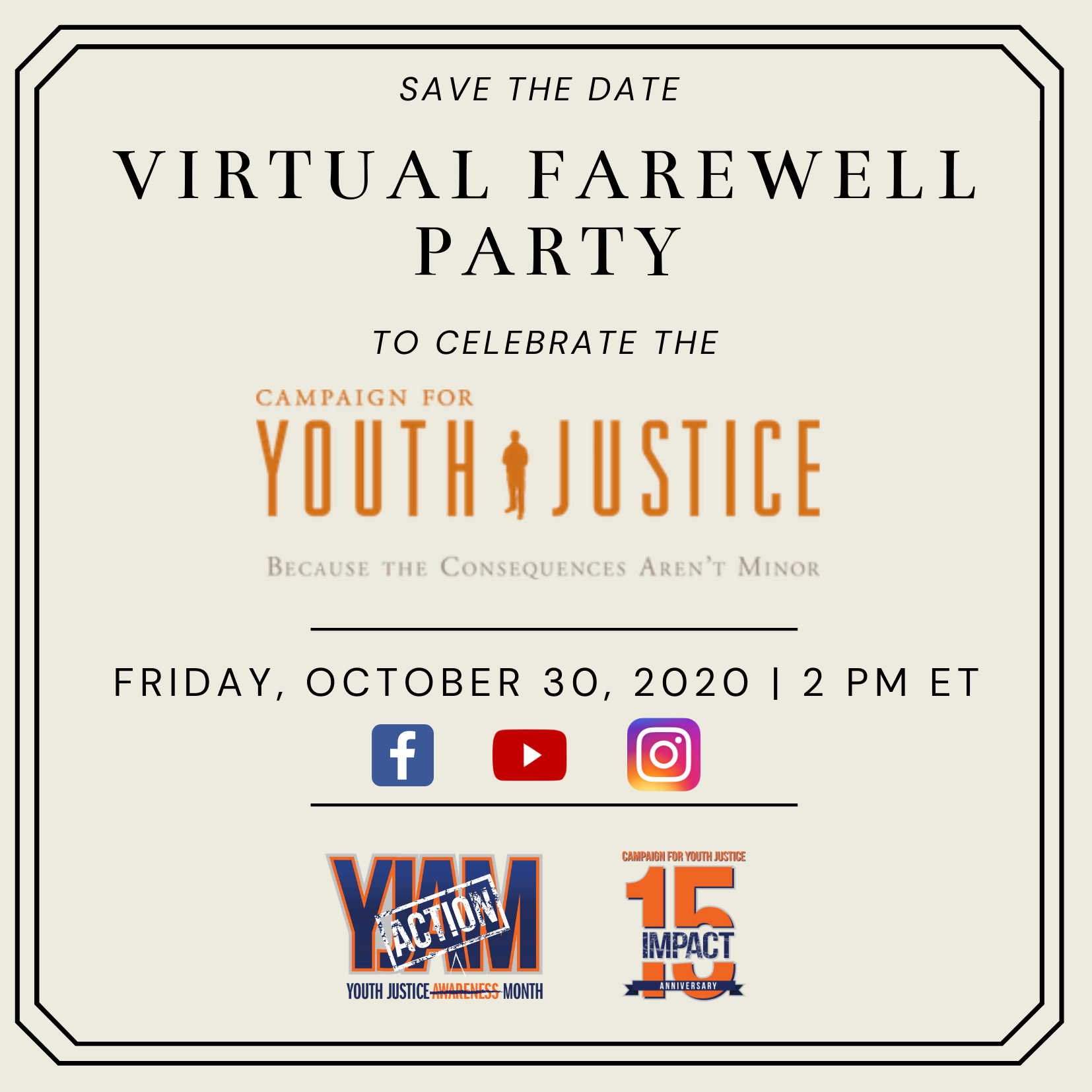