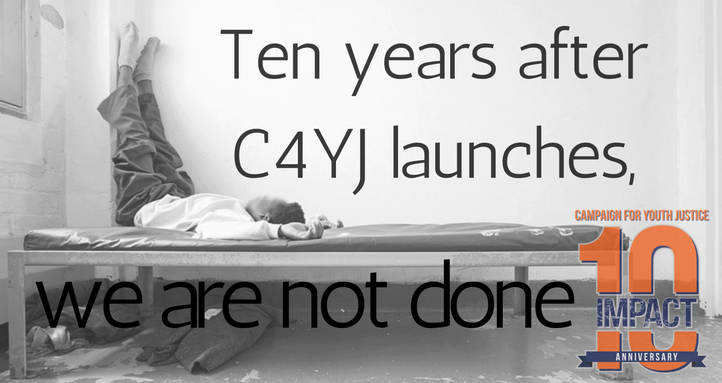 My friend’s child lives in a state where prosecutors hold nearly all the power to determine whether or not a young person will get transferred to the adult system, and are compelled to plead guilty because they otherwise could get a seven-year mandatory minimum adult sentence. Even when a young person gets probation instead of a prison term, they can be saddled with a criminal record that can limit their chances of getting a job.

Since the Campaign for Youth Justice launched a decade ago, we have seen states move away from the policies that see young people end up in the adult system.

Illinois, Connecticut, Massachusetts, Louisiana and South Carolina recently changed their laws so that young people who once were destined for the adult criminal justice system are kept in the juvenile justice system. California is on the cusp of passing a ballot initiative that would mean, prosecutors no longer have the sole discretion to decide whether a youth should end up in the adult system.

These states have made these changes because they’ve read the research that shows, when young people are transferred to the adult system, they are more likely to end up reoffending than youth kept in the juvenile justice system, and are at greater risk of being harmed in an adult facility.

In spite of the research, the pace of change has been slower, elsewhere. New York and North Carolina commissioned reports, convened taskforces, studied the issue of transfer: both states have received expert advice on how they should Raise-the-Age, and haven’t yet made the switch.

There are still too many states that need to narrow the pathways that lead young people to be charged, convicted, jailed an imprisoned in the adult system. The Campaign’s work has meant that thousands of youth are safer, healthier and more likely to transition to adulthood than they would have been. Now, we just need to extend that same policy changes to more states, extend more opportunity to our kids, and ending the practice transferring youth to the adult system, right across the country.