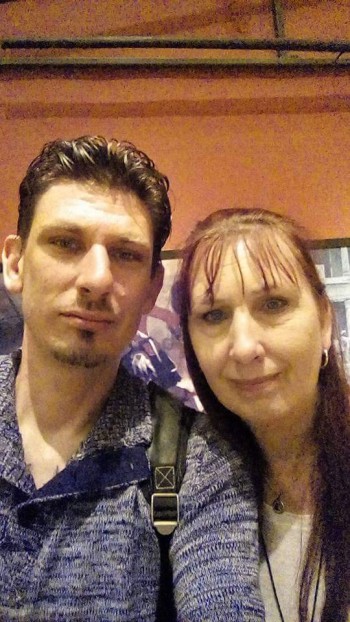 The spelling is correct, I'm British and it's pronounced Mum and not Mom. I am Mum.

My son Chris was just 14 at the time. The crime was murder but not at my son's hand but at the hands of the homeowner who shot one of my son's friend dead.

We had only been in Florida for a few years and were clueless to life in the US. It was 1995 and it was the height of the criminal justice system targeting of the so called super predator children.

When I got the call from the police it was three am. I could not understand. How could they have interrogated a 14 year-old boy for hours and hours and not inform me or give him a lawyer. My heart turned to ice and I was in shock. We lived at the place I worked and in the morning the car park was full of the press which thankfully my husband was able to remove.

We had to go to court for his arraignment and again the press. I did not understand how they were able to take photos, my son was 14 and the cas has yet not transferred to adult court. The following day, my son's face appeared in the local paper with his full name and age!

There is nothing in this world that can prepare you for how devastating this feels as a Mum. I felt dead inside, the world was upside down. It felt like Chris had died, and in a way his childhood had died. I still had the basketball net he got for Christmas in its box for heaven's sake.

When I spoke to Chris at juvenile hall once the police had interrogated hi, for hours and hours, and they pressurized a self-incriminating statement, I asked him if he knew his charges. He tearfully said, "burglary." I had to tell him it was murder. We spoke on the phone just before the transfer and he was so afraid and in tears. How as a Mum do you get through this? I am Chris's Mum and his advocate and defender, but during visitations I saw and heard about so many children who had no mother, father, advocate or even visitor. The judicial system can say they are adults but they are children.  How can they make complex life-changing legal decisions? It is a farce.

Chris was sentenced to 8 years of which he served 6 years. He came out at 21 with PTSD, institutionalized and 0 life skills. He did have a GED. An officer gave him some advice just before release, he said "get married and have a family."

Chris has been deported, which is the best thing that has happened because in the UL, he has had so much help and support to carve out a life. He is now 37 and still getting treatment for his PTSD. He is speaking to rehab graduates in May and will begin training to be a drug counselor himself. I could not be more proud!