Mother's Day Series: "I Am A Mother And…As For Me And My House….Tomorrow Has Not Come." 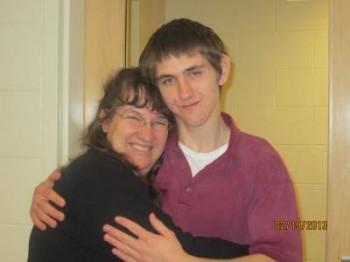 It was a warm day In late September 2011. I stood in the judge's chambers and sobbing, I watched as my precious 14 year old son was led away, 570 miles away. Sentenced as an adult for 40 years? How many MEN have had that dooming sentence? Being the mother of a very young person, charged, sentenced and condemned to a life of looking behind his back, always in fear, never feeling secure unless he’s locked behind solid cement. How does it feel? Today, it feels hopeless… There’s really no other word, just hopeless. In the beginning, we lived in a glass house, in a small town of 900 where everyone knows everybody, fear reigned supreme! In the public eye, my son was a hardened criminal. When he came home after 4 months in Juvenile Detention, before his sentencing, mothers circulated petitions, for fear he would snatch their children.

And his charges didn’t just effect him, they effected my family. My children endured bullying remarks from other kids and stinging comments by Sunday School teachers. Parents no longer allow their children to play with mine. In the beginning, we were the subject around dinner tables, and we surely did not miss the sideways glances and hushed tones. For those first years, our life was one of shame. I hold up and some of my young teens moved away, moving in with family living in different states. How could I blame them? They hadn’t done anything to warrant persecution, so… they left me. Finally, after 6 years, my strength was gone! I crashed and found myself in a crisis center. You see, it feels as if my son has died but not protected by God’s loving embrace. My child, when he’s finally “out”, will always have to mark those little boxes that say “yes” I have committed a crime and “yes” I have been convicted of felonies. His picture and “criminal history” are as close as the swift typing of fingers and the click of a button. Maybe tomorrow I’ll find some hope, if I really put myself on stretch but today, I just feel… hopeless.

On second thought, maybe there is hope! Maybe not for my son but if I can help save other young people and their families from facing the hell our family has been through, our journey has not been in vain! May God bless and strengthen everyone who is on this journey!