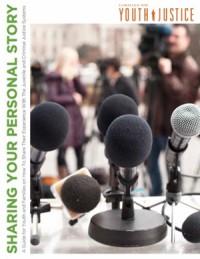 October is Youth Justice Awareness Month (YJAM), and is an opportunity for communities, families, youth, and allies to host community-led actions and events to raise awareness about the consequences of children in the adult criminal justice system.

One of the primary ways CFYJ raises awareness about the injustices that young people face while involved in the adult criminal justice system during YJAM, and throughout the year, are through stories. CFYJ believes that personal stories put a relatable face on the people and families that are in the criminal justice system, shattering stereotypes and misconceptions about what our justice system is or is not. A story can affect change.

The Party’s Over. It’s Time to Act!

“40 for 40”- A Multimedia Storytelling Project

All September long, youth, families, leaders, and advocates from across the country celebrated four decades of fewer youth in adult jails, fewer children who have committed no crime being locked up, and increased attention being paid to racial and ethnic disparities in our state systems.

Today is the Start of Youth Justice Awareness Month (YJAM)!

It is finally here! Youth Justice Awareness Month (YJAM) kicks off today! We are very excited about a number of organizations joining us this year - Over 30 organizations in nearly 20 states are helping to make YJAM a reality!

With events happening throughout the country, YJAM is not only a time to raise awareness but also a time to build collective action, to strengthen relationships with other advocates, and to join local advocacy campaigns working to create policy changes. Events planned range from poetry slams, film screenings, community forums, and more. We estimate that over 3,000 people will attend YJAM events all over the country this year.

The time is almost here - Youth Justice Awareness Month (YJAM) kicks off in just one week! We are very excited about the growing list of organizations joining us this year - Over 20 organizations in nearly 20 states are helping to make YJAM a reality. Events planned range from poetry slams, film screenings, community forums, and more. We estimate that over 3,000 people will attend YJAM events all over the country this year.

A recent report released by the Department of Justice, Bureau of Justice Statistics (BJS), reveals that the U.S. prison population has increased for the first time since 2009. The report, “Prisoners in 2013” notes that state and federal prisons held approximately 1,574,700 prisoners on December 31, 2013, an increase of about 4,300 prisoners from year-end 2012.

This reversal in a three year trend of declining prison population rates is due to an increase in 2013 of 6,300 inmates in the state prison population. This is a significant change from a similar BJS report published about two years ago, “Prisoners in 2011,” which displayed a decline of 21,614 state prisoners at year-end 2011.

Kids Don’t Care What You Know, Until They Know That You Care: Building Safe & Strong Communities 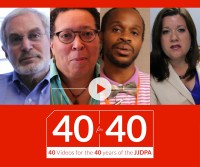 The JJDPA allows states to fund innovations and reforms that keep more kids out of jails and detention facilities and connected to safe, proven supports in their communities. Many states have used the JJDPA to modernize and improve their programs in ways that give kids the supports they need to get their lives back on track while at the same time helping make communities safer.

Youth Voices: Why I Joined my SAG

This past Tuesday night, I sat in a conference room at a juvenile detention facility here in Boston. I was scared a little overwhelmed, but not because I was being adjudicated. Instead, I was at a table with city officials and heads of state agencies—people who could casually talk about meetings with the Governor. I was there because I want to be a member of the Massachusetts Juvenile Justice Committee, our State Advisory Group (SAG) that oversees our juvenile justice system. I had contacted several people, sent lots of emails and made phone calls in order to get a seat at this table.