The Women's March is Back: Time to Take Our Power to the Polls

On Jan. 21, 2017, the day after the inauguration of President Trump, the Women's March on Washington descended on the nation's capital to protest a new administration many Americans feared threatened their rights and contradicted their basic values.

MLK’s Dream – Half a Century Later, Bending Our Democracy Towards Justice

Fifty years ago, Rev. Dr. Martin Luther King Jr.’s life was tragically taken in Memphis, TN.  As we celebrate Dr. King’s birthday and commit ourselves to engage, give back, and continue the fight for racial and social justice, I am saddened by how much of Dr. King’s dream has gone deferred, especially with regards to our children.  In our criminal justice system, Dr. Kings dream is literally locked down, and has been since his death.  Yet, there are glimmers of hope for reforms that can be expanded upon by ensuring questions about the way we treat children are part of the political platform in 2018 mid-year elections. 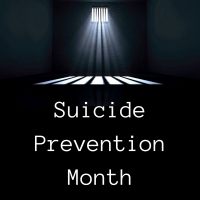 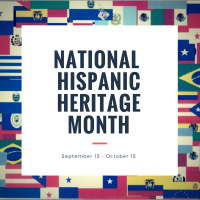 Headed Back to School… In the Justice System

With the conclusion of Labor Day Weekend, summer is officially “over”—and hundreds of thousands of children return to school this week.  Across the Internet, we see families readying themselves for the year—buying school supplies, new shoes, and happily attending ‘meet your teacher days.’  Discussions on standardized tests, teachers unions, shortages in school budgets, and achievement gaps begin to fill social conversations. 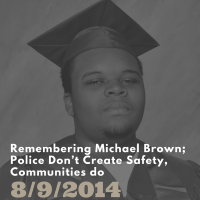 Today we reflect on the memory of Mike Brown, the 18-year old unarmed black teen fatally shot six times, twice in the head, by Ferguson, Mo. police officer, Darren Wilson. The 2014  shooting prompted protests across the nation for weeks. The gripping images of a blood-covered white sheet lying over the form of his motionless body for hours will forever be etched in our memories. As will the image of another black mother with tears streaming down her face grieving the loss of her son to this senseless, yet all too common scenario.Three years and many more police-involved shootings later, we ask ourselves, is this what public safety looks like in our communities?

The Youth Who Remain: Pedro Hernandez and the Youth who Remain on Rikers Island until the Implementation of the Raise the Age Law

In April, Governor Cuomo signed a budget bill that included language to raise the age of juvenile court jurisdiction so that the majority of 16 and 17-year olds would no longer be incarcerated, tried, or treated as adults. However, the legislation does not go into effect until October 1, 2018 for 16-year olds and October 2019 for 17-year olds. In addition, it bans the placement of youth under 18 in adult facilities by October 2018.  Finally, the law stops short of protecting all youth under age 18; it allows youth age 14 and older to still be tried as adults if they are charged with serious felonies; as is the case with Bronx Teen, Pedro Hernandez.

On July 24, 2017, the Campaign for Youth Justice Fellows hosted the second session of the 2017 Summer Institute for interns and fellows from various juvenile justice organizations to discuss the effects of solitary confinement on children. The Campaign was thrilled to have Jenny Lutz, the Campaign Manager for the Stop Solitary for Kids Campaign, and staff attorney at the Center for Children’s Law and Policy (CCLP) - an organization focused on eliminating racial and ethnic disparities in the juvenile justice system, reducing the unnecessary and inappropriate incarceration of children, and eliminating dangerous and inhumane practices for youth in custody.

Parenting Without A Voice 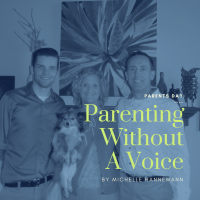 When children are charged as adults; their parents aren’t notified of their arrest, or that the police are interrogating them in connection with a crime.  Michelle found it out the hard way, when her 16 year old high school junior was arrested and charged with a felony as an adult.  Based heavily on the statement he provided to the police (without any legal representation), he was waived to adult court and sentenced to 5 years in prison. Michelle’s son was then released on an electronic bracelet, and resentenced in 2016 after appealing his first sentence.. Through this hardship, Michelle has learned a lot about the justice system, and how harmful it is for children to be treated as adults.

In honor of Parents' Day, Michelle tells the story of how hard it is to be a parent when you no longer have a voice.

Brady’s Story: How a “Child in Need of Supervision” Dies in Juvenile Detention 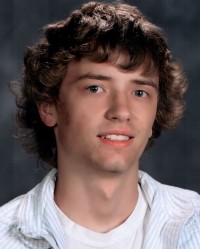 Why the U.S. Senate Needs to Reauthorize the Juvenile Justice & Delinquency Prevention Act

“Today I woke up feeling like complete [crap]. It has only gotten worse so far. I anticipate feeling bad tomorrow as well. But hopefully I’ll be better by Saturday when my mom comes to visit.” – Brady Folkens, December 19th- Brady’s final journal entry.